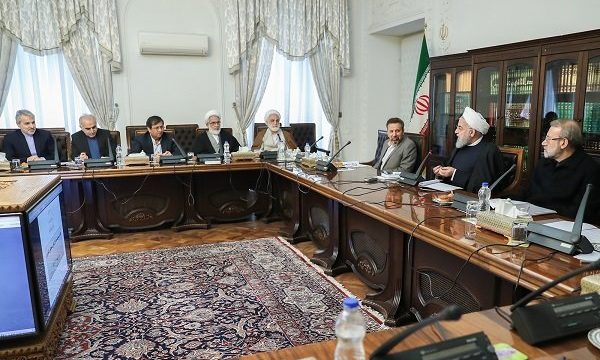 According to the official website of Iranian Presidency, at the session that was chaired by President Hassan Rouhani, he welcomed the new Head of the Judicial branch Hojjatoleslam Seyyed Ebrahim Raeisi to the council and expressed hope that the judiciary’s cooperation in advancing economic affairs increases.

The President also went on to state that the three branches’ cooperation is essential for helping the flood-hit people.