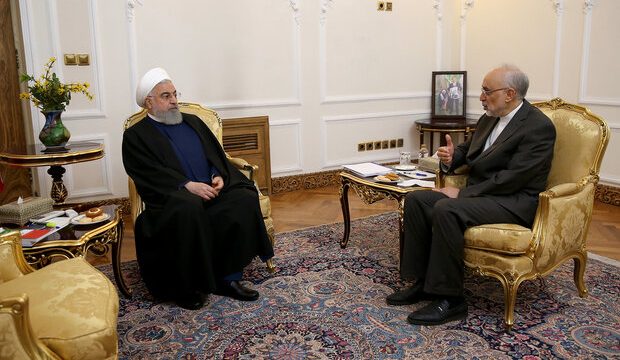 MNA – The performance of four vice-presidencies, the Ministry of Sport and Youth Affairs, and the Central Bank of Iran, and their plans for the new year were reviewed in separate meetings with President Hassan Rouhani.

According to the official website of Iranian Presidency ‘President.ir’, in the meetings that were held on Saturday with Vice-President and Head of Plan and Budget Organization Mohammad Bagher Nobakht, Vice-President for Legal Affairs Laaya Joneidi, Vice-President for Science and Technology Affairs Sorena Sattari, Vice- President and Head of Atomic Energy Organization Ali Akbar Salehi, Minister of Youth Affairs and Sports Masoud Soltanifar, and Governor of Central Bank of Iran Abdolnasser Hemmati, they reported on their performances on plans for the new year.