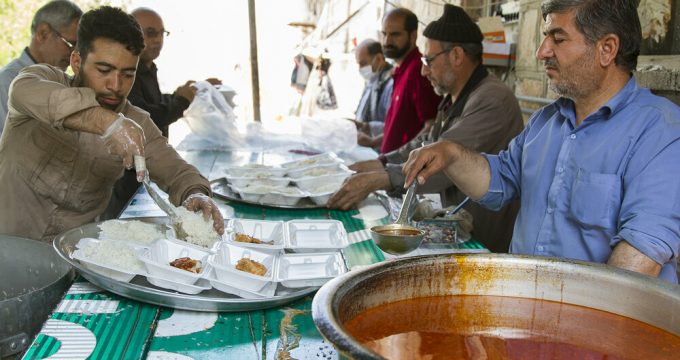 Tehran Times – While hundreds of Iranians are hit by floods and are displaced, various campaigns have been launched by Lebanese, Afghan, Pakistani, Iraqi, Tunisian, Syrian, Palestinian, Yemeni, Nigerian, and Bahraini resistance groups to help the victims get back on their feet again.

Following devastating flood hitting Iranian provinces some 1,660,100 individuals are in need of health care services in areas where the floods have left 78 people dead and 1,137 injured. As many as 295,787 people have been displaced.

The campaign calling for contributions will send the donation to the International Centre of Justice for Peace which will be distributed among the flood-stricken victims in provinces of Golestan and Lorestan, the report added.

Moreover upon an invitation from Major General Qassem Soleimani, commander of the IRGC Quds Force, soldiers from the Popular Mobilization Forces [an Iraqi organization composed of militias that are mostly Shia Muslim groups who have fought in major battle against ISIS], and the Liwa Fatemiyoun [also known as the Fatemiyoun Brigade and Fatemiyoun Division an Afghan group formed in 2014 to fight against the terrorists in Syria], have hurried to help flood victims in Lorestan and Khuzestan.

Accordingly Mowkibs (tents) which normally provide Arbaeen pilgrims with services such as free food are put up in flood-stricken areas in Khuzestan and Lorestan provinces by Iraqis and Afghans offering various services to the residents, Kayhan daily newspaper reported on Thursday.

Popular Mobilization Forces is also providing logistical aids to direct flood waters and stop them from inundating cities since Thursday.