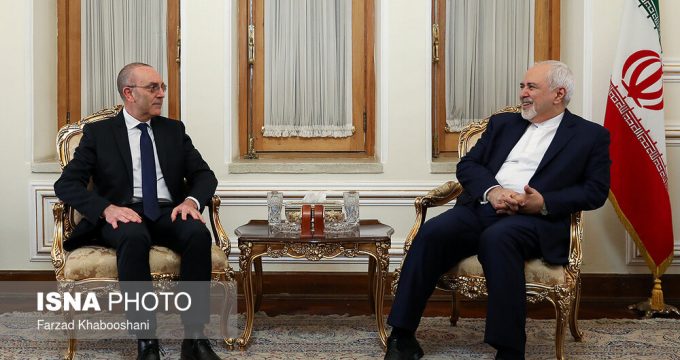 Iran has announced establishment of STFI to Europe: Zarif

MNA – Iranian Foreign Minister Mohammad Javad Zarif said that Tehran has announced to the European countries the establishment of the Iranian mechanism proportionate to INSTEX.

He made the remarks in a Sunday meeting with Vito Rosario Petrocelli, president of the Foreign Affairs Committee of the Senate of Italy, here in Tehran.

Abdolnaser Hemmatim, Governor of the Central Bank of the Islamic Republic of Iran, said on March 20 that Iran has registered a mechanism called ‘Special Trade and Finance Institute (STFI)’ in proportionate to EU-established INSTEX (Instrument in Support of Trade Exchanges). INSTEX has been introduced in a bid to continue trade with Iran and save JCPOA after US withdrawal. The mechanism is said to initially cover trades of food, medicine and medical devices and to gradually include other areas.

Elsewhere in the meeting, Zarif touched upon the history of ties between Iran and Italy, hoping that the current Italian government would continue good economic ties with Iran just like before.

For his part, the Italian senator said that Rome wants to deepen ties with Tehran in different areas, adding that Iran-Italy friendship group has been established in Italy’s Senate.

He also expressed sympathy with the Iranian nation for recent flood, noting that Italy will send humanitarian aid to affected regions.

The two officials also exchanged views on regional and international developments, including recent developments in the north African region.