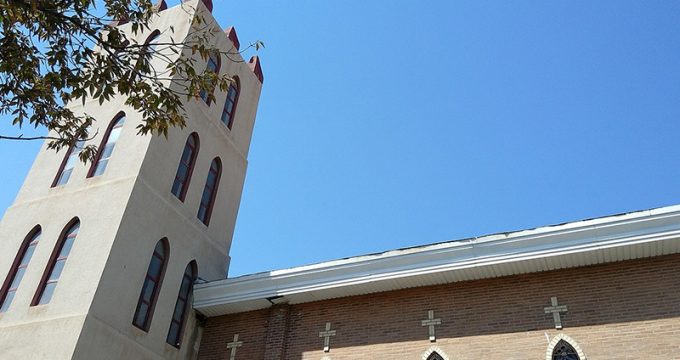 IRNA – The head of Assyrians Association of Orumiyeh, northwestern Iran, Stanley Simons told IRNA on Sunday that US president’s labeling IRGC, part of Iranian defense force is irrational and against the international norms.

‘How can the US administration label the military of country that is fighting terrorism as terrorists?’ he asked.

Condemning the move, Simons told IRNA that the move’s wisdom is under question and according to the international law, no one can accuse a sovereign country’s military forces of terrorism.

He said that most of Donald Trump’s decisions are against the international law and added that he one day calls the Holy Quds the capital, another day withdraws from international agreements, and another time recognizes Golan Heights, the territory of Syria as Israeli.

What is clear is that ‘Trump’s conducts are not in conformity with the international law.’

The Assyrians Association of Iran condemns the move and expects the government to stand against the arrogant measure and make the international organizations hear them.

US President Donald Trump, in an unwise move on April 8, labeled the IRGC which is a part of the country’s official armed forces as a terrorist entity.

Trump said that the US ‘will continue to increase financial pressure and raise the costs on’ Iran.

In a letter to President Hassan Rouhani, he also called for a retaliatory move by labeling the United States Central Command (CENTCOM) as a terrorist organization and the US government as a terrorist sponsor.

Zarif described the move as ‘another misguided election-eve gift to Netanyahu’.

He also wrote in a tweet, ‘When @realdonaldtrump insisted that ‘Iran is killing ISIS’, exactly who did he think was doing the fighting & making the sacrifice? ISIS would’ve held two Arab capitals & fielded a Terrorist Army on Europe’s doorstep had #IRGC not fought alongside brave peoples of Iraq & Syria.’

To support the IRGC, 255 out of 290 Iranian lawmakers issued a statement on April 8, stressing that the Majlis will give reciprocal response to any measure against the IRGC.

The Iranian forces in coordination with governments in Iraq and Syria have played a military advisory role in fighting Daesh (Islamic State of Iraq and Syria) terrorist group. Iraq officially announced the defeat of Daesh in 2017, while Syria has managed to retake most of the fallen areas from the terrorists thanks to the IRGC assistance.