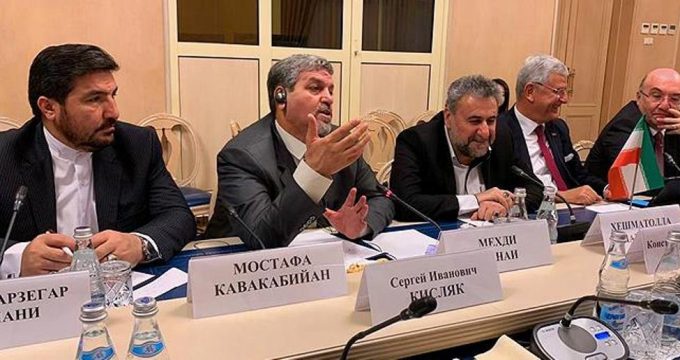 IRNA – US is seeking to spread regional crisis by supporting the terrorist groups, a senior Iranian lawmaker said.

In spite of the regional countries’ positive efforts, the US does not seek resolution of problems but by sponsoring terrorists and adopting measures against Islamic Revolution Guard Corps (IRGC) aims to spread the regional crises, in particular, the Syrian crisis, Mostafa Kavakebian, a member of Iranian parliament (Majlis) National Security and Foreign Policy Commission said.

He made the remarks in a trilateral meeting held in the Russian capital, Moscow with the presence of members of Iran, Russia and Turkey parliament’s national security and foreign policy commission.

The Syrian people themselves should decide their future, he added, noting that the crisis should be resolved through inter-Syrian dialogue.

The Iranian parliamentary delegation led by Heshmatollah Falahat-Pisheh arrived in Moscow on Tuesday upon an invitation from his Russian counterpart.