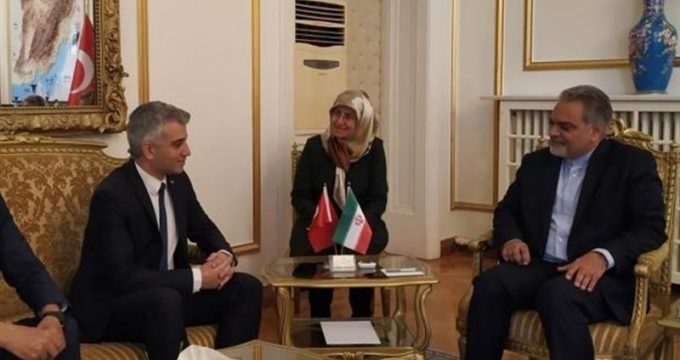 Tasnim – The Turkish Patriotic (Vatan) Party condemned a recent decision by the US government to label Iran’s Islamic Revolution Guards Corps (IRGC) as a “terrorist group” and voiced its support for the Islamic Republic.

A delegation from the Patriotic Party visited the Iranian embassy in Ankara to voice its opposition to the US administration’s decision and declare their support for the IRGC and the Iranian nation.

US President Donald Trump announced on Monday that Washington is designating the IRGC a foreign “terrorist organization”, marking the first time the US has formally labeled another country’s military a terrorist group.