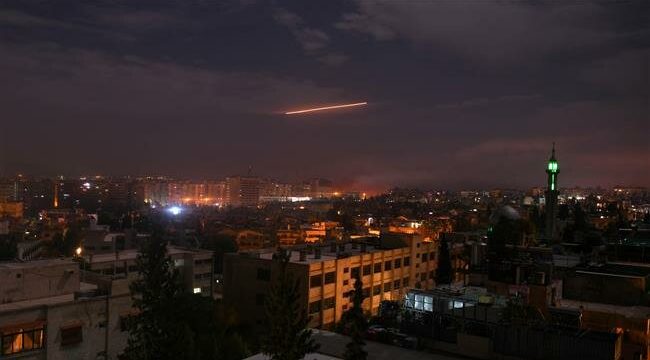 Press TV – Damascus says its air defenses have intercepted some of the Israeli missiles fired at a Syrian military base near the city of Hama, while the remaining missiles hitting the target have destroyed several buildings and injured three Syrian soldiers.

Syrian state media reported that Israeli aircraft carried out the strike near the town of Masyaf in the central Hama province early on Saturday morning.

Explosions were heard throughout the countryside around the provincial capital.

The Israeli regime launches airstrikes on the Syrian territory from time to time. Such aggressive moves are usually viewed as attempts to prop up terrorist groups suffering defeats at the hands of Syrian government forces.

The Syrian TV said the majority of those missiles had been intercepted by the Arab country’s air defense, and those that hit their targets only caused material damage.

Israel used to be very careful with its operations over Syria after Russia equipped Damascus with the advanced S-300 surface-to-air missiles in October 2018.

However, US President Donald Trump’s recent decision to recognize the “Israeli sovereignty” over the Syrian territories of Golan Heights has seemingly emboldened Tel Aviv to launch new aggression on the Arab country.