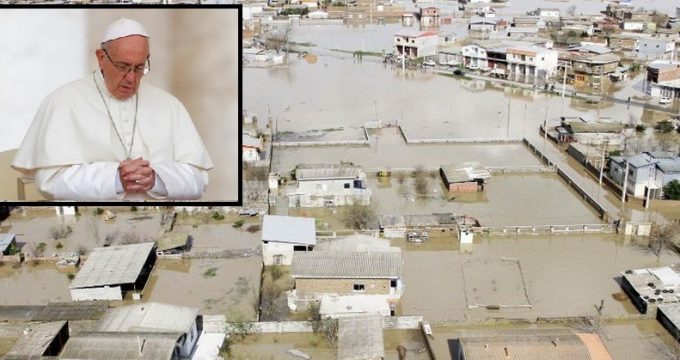 The donation sent through the Vatican’s office for the Promotion of Integral Human Development, is intended as “an immediate expression of the feeling of spiritual closeness on the part of the Holy Father towards the affected people and territories,” Catholic News Agency said Yesterday.

The money will be distributed through the local nunciature and go toward relief work and assistance, according to the Vatican press release.

A number of countries, including Turkey, Russia, Armenia, Kuwait, Germany, and France have sent rescue aids to IRCS in the flood-hit regions.