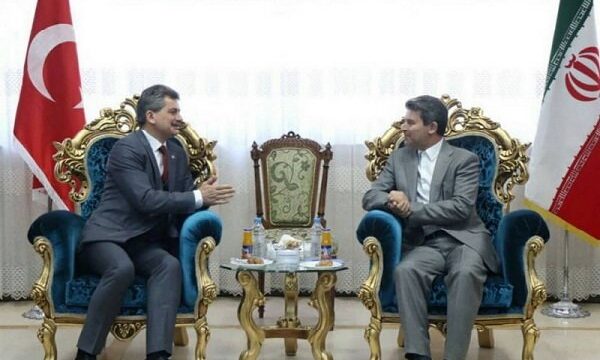 He made the remarks Saturday in a meeting with Turkey’s ambassador to Iran Derya Ors which was held in Urmia, northwest of the county.

Khoy is situated in West Azarbaijan province and home to the tomb of Shams Tabrizi who is credited as the spiritual instructor of the great Persian poet Mewlānā Jalāl ad-Dīn Muhammad Balkhi or simply Rumi, whose tomb is located in Konya. The sisterhood agreement was proposed by Iran’s Interior Minister Rahmani Fazli during his recent visit to Turkey.

Elsewhere, the Iranian official highlighted that both countries are determined to enhance economic, cultural and political ties, adding that West Azarbaijan province will put all-out effort in this route.

For his part, Turkey’s envoy noted that Ankara wants to further enhance cooperation with Tehran in all areas of mutual interest.

Derya Ors will also visit Serow border region and will have a meeting with representatives of private sector companies in the province.