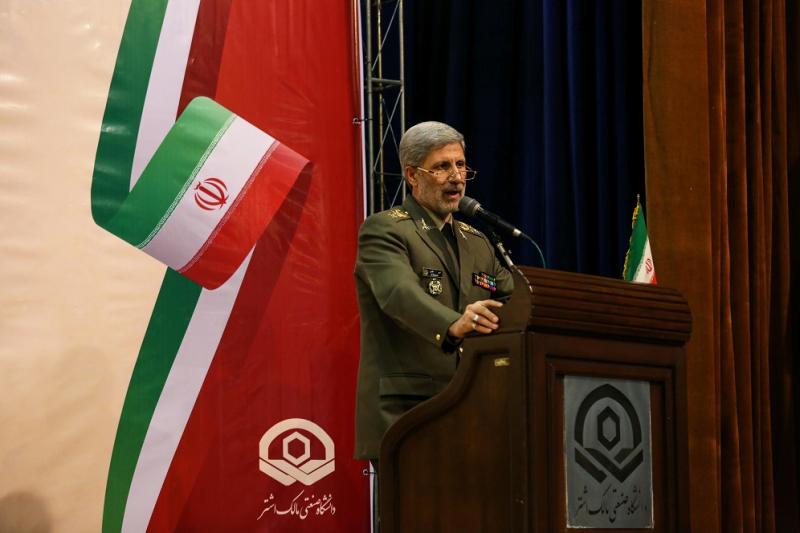 Tasnim – Iranian Defense Minister Brigadier General Amir Hatami highlighted the Armed Forces’ major role in relief and rescue operations in flood-hit areas across the country and said all of the capacities of the forces have been provided to the Crisis Management Organization.

Speaking at a gathering of local commanders of the southwestern province of Khuzestan on Saturday, Brigadier General Hatami said following the destructive floods in some provinces of the country, the Armed Forces and relief organizations “shined” in their attempts to deal with the crisis.

He further pointed to the Leader of the Islamic Revolution Ayatollah Seyed Ali Khamenei’s ordering the Armed Forces to help flood victims and said since the instruction, all equipment have been deployed and given to the Crisis Management Organization.

“The Army, the IRGC, the Law Enforcement Force and the Ministry of Defense have managed to properly control the flood crisis by the division of work… and dispatching all relief equipment, including airplanes, helicopters, personnel carriers, and technical and engineering equipment,” the minister went on to say.

Residents from inundated areas of Ahvaz, capital of Khuzestan, were evacuated on Wednesday as the nationwide death toll from the worst flooding in 70 years reached 77.

Further districts of Ahvaz were put on flood alert, according to the provincial governor, as more torrential rain was forecast in coming days.

Amid unprecedented torrential rains in northern, western and southwestern Iran, the military forces have mobilized efforts to help people trapped in the flood-affected areas and evacuate residents in the regions with an emergency situation.

Record spring rainfall that has battered Iran in the past weeks caused serious flooding in many areas, mainly the provinces of Golestan, Lorestan, Khuzestan, Fars, and Ilam, forcing thousands to leave their homes.