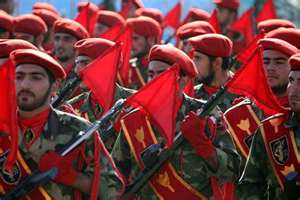 Bourse and Bazaar | Tyler Cullis: The Trump administration announced the designation of the Islamic Revolutionary Guards Corps (IRGC)—a branch of Iran’s armed forces—as a Foreign Terrorist Organization (FTO) pursuant to section 219 of the Immigration and Nationality Act (INA). In the White House press statement, President Trump called the designation “unprecedented,” underscoring that it represents “the first time that the United States has ever named a part of another government as a FTO.”

Hyperbole aside, the practical effect of the FTO designation is negligible at best. Considering the multiple sanctions programs under which the IRGC is currently designated, the FTO designation appears entirely superfluous, exerting no additional substantial pressure against the IRGC.

On the other hand, the risks to the US from the designation could be severe. As long reported, the Department of Defense and the CIA have been steadfastly opposed to designating the IRGC an FTO—viewing the designation as fraught with consequences for US troops and without material benefit for the United States. Their opposition appears to have been overcome, however, by those in the White House and State Department who have rallied to increase the pressure-in substance or rhetoric-against Iran regardless of the potential consequences.

Legal Authority for FTO Designation and the Sanctions Consequences

The immediate consequences of an FTO designation are limited in scope. Pursuant to 12 U.S.C. § 1189(2)(C), the Secretary of Treasury is given discretionary authority to require US financial institutions to block all financial transactions involving assets of an FTO. In addition, all members of an FTO are prohibited from entering the United States under 12 U.S.C. § 1182(a)(3). This latter provision could be used to block Iranian persons who performed mandatory military service in Iran from entering the United States. This could explain the “11 million people” claim by members of the Trump administration.

These designations have significant U.S. secondary sanctions consequences. For instance, 31 C.F.R. § 561.201 exposes foreign financial institutions that conduct a significant financial transaction with, or provide significant financial services for or on behalf of the IRGC or a person designated pursuant to E.O. 13224 or E.O. 13382, to correspondent or payable-through account sanctions. In addition, the Iran Freedom Counter-Proliferation Act subjects foreign banks to correspondent or payable-through account sanctions, and foreign persons to menu-based sanctions, for engaging in significant transactions with Iranian persons, which would include the IRGC.

Due to the serious secondary sanctions consequences inherent in dealing with the IRGC, OFAC has long given the IRGC its own program tag “[IRGC]” to aid foreign persons seeking to comply with U.S. sanctions targeting the group.

In addition, multiple US statutory authorities require the President to identify officials, agents, or affiliates of the IRGC and to impose sanctions with respect to them. These reporting requirements ensure that the U.S. remains hyper-focused on the IRGC and its activities and prepared to impose additional designations as warranted.

Amidst this veritable labyrinth of US sanctions targeting the IRGC, the designation of the IRGC as an FTO has limited, if any, immediate practical consequence. For instance, the blocking of the IRGC’s assets is already mandated by the executive authorities under which the IRGC is designated—some of which also impose visa requirements. Iranian persons who formerly served in the IRGC have long been subject to intensified scrutiny from US immigration authorities and have often been denied entry on these grounds.

The sole possible additional consequence arising from an FTO designation is the extraterritorial criminal jurisdiction afforded over foreign persons acting outside the United States that knowingly provide material support to an FTO. 18 U.S.C. § 2339B states that persons who knowingly provide material support or resources to an FTO or attempt or conspire to do so are subject to fine or imprisonment of not more than twenty (20) years (unless death results from the prohibited act). Material support is defined broadly to include any property or service.

This provision could lead foreign parties conducting business with Iran to exercise even more heightened due diligence with regard to their dealings. Yet, the consequences of dealing with the IRGC are already especially dire, and foreign parties doing legitimate trade with Iran are likely to have taken steps to ensure the absence of IRGC-related parties.

So What’s the Purpose…?

Considering the negligible benefits of an FTO designation, the Trump administration appears to have two things in mind through its designation of the IRGC: (1) to invite an Iranian response that could collapse the nuclear deal and risk a broader conflict with the United States; and (2) to use the threat of criminal prosecution to deter even legitimate business with Iran, as members of the Trump administration have long claimed that the IRGC controls broad sectors of the Iranian economy. This latter element could also be used to constrain a future President from re-entering the Iran nuclear accord and complying with its terms, considering the potential political pitfalls inherent in rescinding the FTO designation.

Indeed, chief proponent of the FTO designation and close adviser to the Trump administration Mark Dubowitz of the Foundation for Defense of Democracies stated that the designation “just layers on top of all of the current sanctions an additional and more expansive, punitive measure that will deter more business and . . . diminish current business that’s still ongoing between the Europeans and the Iranians, and the Asians and the Iranians.” The purpose of this, he earlier wrote, is to “make the case for dismantling these sanctions [hard],” thereby “block[ing] [the next administration] from delivering sanctions relief to Iran” consistent with the Iran nuclear accord.

Such motivations—if accurately depicting internal deliberations by the administration—would prove a grave abuse of the FTO designation process and the broader use of US sanctions authorities to target activities anathema to US security interests.

FTO, IRGC, OFAC, US decision to blacklist IRGC April 11, 2019
Will Iraq reemerge as battleground between US, Iran?
Trump’s policy may lead to US troops ‘treated as terrorists, not soldiers’ if captured by Iran