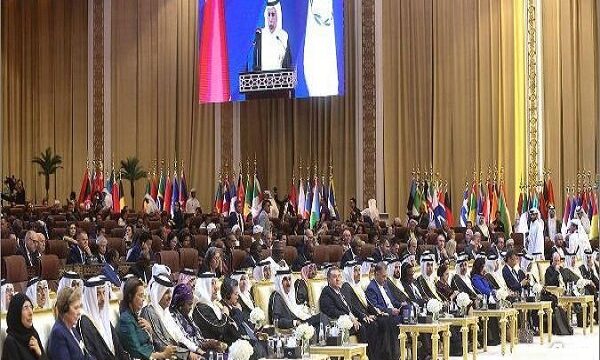 IPU condemns US recognition of Golan Heights as part of Israel

IRNA – The President of the International Parliamentary Union (IPU) Gabriela Cuevas Barron issued a statement condemning a recent move by the US in recognition of Syrian Golan Heights as Part of Israel.

‘We are convinced that the US announcement moves the world further away from achieving a just and lasting peace in the Middle East,’ said the statement which was issued on Wednesday on the last day of the five-day IPU Assembly in Doha, Qatar.

The statement was endorsed by more than 160 parliaments from different countries across the world, according to Iranian Parliament’s news agency.

The IPU stands for the inadmissibility of the acquisition of territory by war. The IPU was founded 130 years ago on the values of peace and non-use of force in international relations.

‘We condemn the recent US recognition of the Golan Heights as part of Israel.’

‘We are convinced that the US announcement moves the world further away from achieving a just and lasting peace in the Middle East.’

The US recognition of the Golan Heights runs counter to the UN Security Council Resolution 497, which, inter alia, discourages strongly any attempt by Israel to ‘impose its laws, jurisdiction and administration in the occupied Syrian Golan Heights’ and considers such attempts as ‘null and void and without international legal effect’.

On behalf of the IPU, ‘I launch a strong appeal for all parties to the conflict in the Middle East to refrain from any unilateral action that would fan the flames of conflict. We, as parliaments or parliamentarians, should resolve to work ever more robustly to contribute to peace through genuine dialogue’.