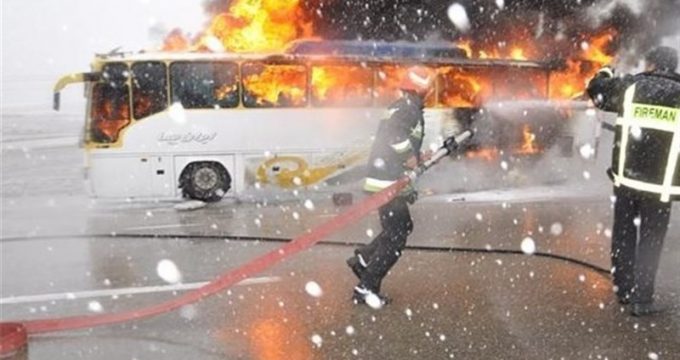 At least 7 killed in chain reaction crash near Iranian capital

Tasnim – At least seven people were killed and seven others injured in a chain reaction crash on Tehran-Saveh highway on Thursday, said the emergency services spokesman, Mojtaba Khaledi.

Khaledi told Tasnim that after an accident between a few cars some 20 kilometers southwest of Tehran, suddenly a bus arrived and hit the vehicles, leading to an explosion.

While these cars were burning, several other cars moving in the opposite lane of the road stopped to watch, causing a new crash.

The emergency spokeswoman went on to say that seven ambulances, a bus ambulance, and a helicopter have been dispatched to the site of the incident.

Preliminary reports indicate that 7 people have been killed due to the severity of the burns and 7 others have been injured.

Iran has a good road network but accidents caused by reckless drivers kill thousands each year.