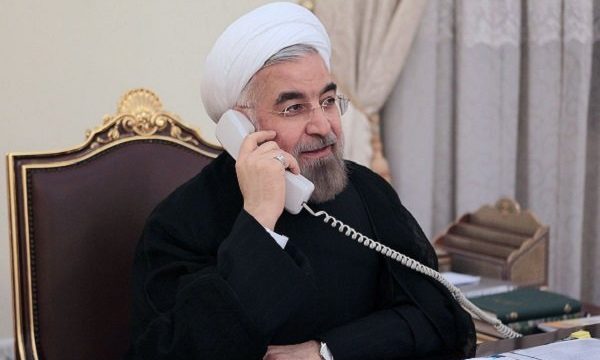 MNA – The presidents of the Islamic Republic of Iran and France had a phone conversation on Tuesday evening to discuss and exchange views on the most important bilateral, regional and international issues.

Rouhani told Macron that Tehran was willing to preserve the security of the region and prevent the escalation of tensions after the the US designated the Iran’s IRGC as a terrorist group, followed by Iran’s similar move.

The Iranian president further said that if there were not for the Islamic Revolutionary Guard Corps, at least two countries in the region would now be under the control of the ISIL terrorist group.

The French President Emmanuel Macron, for his part, said that France and its European partners seriously pursue their commitments to the JCPOA.

The French president also said that France closely follows the developments in the region and makes every effort to secure Iran’s interests in the nuclear agreement. He pointed out that the launch of the financial mechanism developed by the three EU countries suggested the willingness of Europe to preserve the JCPOA.

He added that France, along with other European partners, are doing their best to encourage the United States to ease the sanctions against Iran and described the role of Russia and China in that regard as very important.

Macron further expressed his condolences over the loss of lives in recent floods in Iran and said that his country was seeking to dispatch help to people in flood-affected regions in Iran.