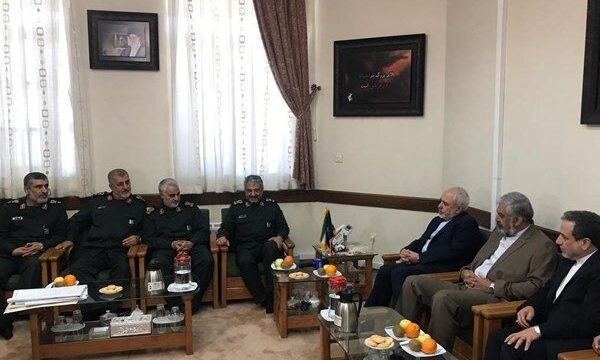 The meeting was held concurrent with Feasts of Sha’baniyah, commemoration of National Day of Guards and Veterans and following the announcement of re-support of Ministry of Foreign Affairs from the Islamic Revolutionary Guard Corps (IRGC).

In the wake of US heinous move, Iranian Foreign Minister Mohammad Javad Zarif penned a letter to the Chairman of Supreme National Security Council (SNSC) Hassan Rouhani and proposed Supreme National Security Council (SNSC) to designate US military in West Asia entitled “US Central Command, CENTCOM” in the list of terrorist groups according to the Law of Dealing with Human Rights Violations and US Adventurous and Terrorist Acts in the Region” , approved by the Iranian Parliament,

Accordingly, Supreme National Security Council (SNSC) of the Islamic Republic of Iran, while condemning illegal and unlawful move taken by the United States in designating IRGC in the list of ‘foreign terrorist organizations’, in a retaliatory move announced, “Islamic Republic of Iran considers the United States and US Central Command dubbed “CENTCOM” and all its affiliated forces as ‘terrorist group’.

In his twitter account on April 8, Zarif said, “US move taken against IRGC is an election-eve gift to Israeli Prime Minister Benjamin Netanyahu.”