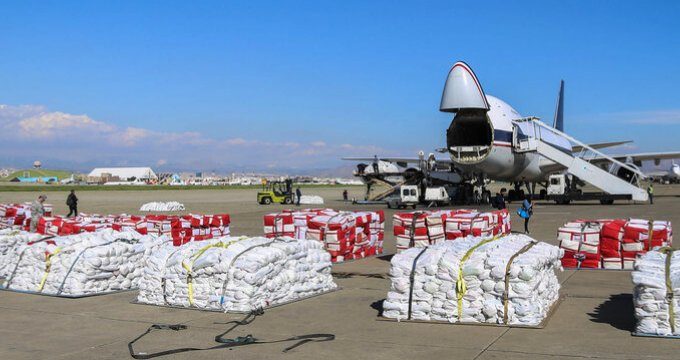 Financial Tribune – Relief operations in Iran’s flood-affected areas is gaining momentum as the Red Crescent Society mobilizes to dispatch much-needed aid to the flood areas in the north and southern regions, including tents, water, food packages, blankets and moquette.

According to the head of Relief and Rescue Organization of the Iranian Red Crescent Society, Morteza Salimi, rescue teams have so far provided emergency services to more than 290,000 flood-stricken people.

The society also provided shelter for 111,000 people who were displaced due to the heavy downpours that hit 24 Iranian provinces over the past three weeks.

Rains unseen in the country over the past six decades coincided with the annual Nouroz (Persian New Year) travelling season. The deluge killed at least 70 people and destroyed hundreds of towns and villages shattering the lives of thousands of people, mostly in the deprived areas.

According to the RCS head, Iran has received non-financial aid from Germany, Armenia, Turkey and Kuwait.

The International Federation of Red Cross and Red Crescent Societies released half a million Swiss francs in cash grants for 3,000 flood-hit families who lost homes and livelihoods.