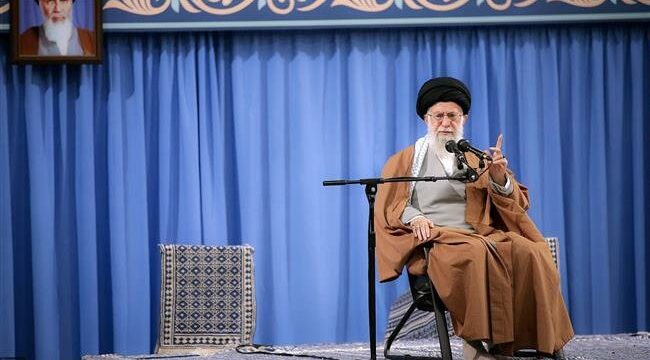 Press TV – Leader of the Islamic Revolution Ayatollah Seyyed Ali Khamenei says the recent decision by the United States to designate Iran’s Islamic Revolution Guards Corps (IRGC) a “foreign terrorist organization” is rooted in America’s “rancor” against the force, which has been on the forefront of the fight against Iran’s enemies.

In a meeting with IRGC personnel and their family members in the capital, Tehran, on Tuesday, which is IRGC Commemoration Day, Ayatollah Khamenei said the IRGC was on the front-lines of the fight against enemies both inside and outside of Iran.

“The IRGC is the vanguard both on the field confronting the enemy on the [Iranian] borders and even several thousand kilometers away… [in Syria] and on the political battleground against the enemy,” the Leader said, adding that the Americans hold a grudge against the force for that reason.

Trump on Monday released a statement designating the IRGC “a Foreign Terrorist Organization (FTO) under Section 219 of the Immigration and Nationality Act.”

Ayatollah Khamenei said such evil will rebound to the evildoer.

“Of course, such malice will lead nowhere; and, with the their deceit rebounding back to themselves, the Islamic Republic’s enemies — such as Trump and the idiots… in the US government — are moving toward rock bottom,” the Leader said.

Ayatollah Khamenei said 40 years of an all-out pressure campaign against Iran had failed to impede the country’s progress. He said such pressure failed to break Iran even when the Islamic Republic was young.

“The Revolution,” Ayatollah Khamenei said, “will undoubtedly go on.”