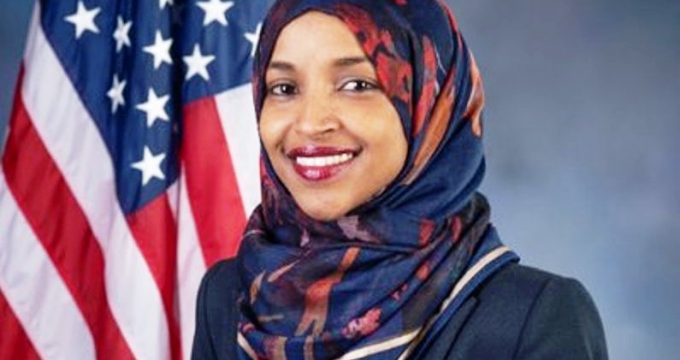 Trump’s move against IRGC to fuel tensions: US lawmaker

IRNA – A US lawmaker criticized labeling a part of Iran’s Armed forces as terrorists by President Donald Trump, saying that the move would only add to tensions.

President Trump announced on Monday that Washington considered the IRGC a terrorist organization.

Ilhan Omar, who represents Minnesota, said on her Twitter that the move ‘only heightens tension, puts American troops at risk and increases the risk of war’.

The decision was met with fierce reactions from Tehran. A number of Iranian officials condemned the move and warned against the repercussions.

Iran’s Foreign Minister Mohammad Javad Zarif in a letter to President Hassan Rouhani called for a retaliatory move by labeling the United States Central Command (CENTCOM) as a terrorist organization and the US government as a terrorist sponsor.

Donald Trump, Ilhan Omar, US decision to blacklist IRGC April 9, 2019
US move to bludgeon Iran into submission to US demands may boomerang: Entessar
Saudi welcomes US blacklisting of Iran Revolutionary Guards