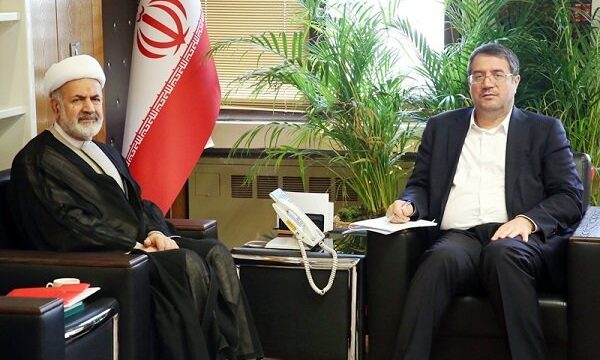 MNA – Minister of Industry, Mine and Trade Reza Rahmani said that Islamic Republic of Iran will open a trade and business office in Turkey, Syria, Lebanon and Iraq.

He made the remarks late on Mon. in his meeting with Iranian ambassador to Oman and reiterated that “increasing trade and business exchanges with Iraq, Turkey, Syria and Lebanon has been put atop agenda of the ministry.”

Establishing a trade office in Iraqi cities of Erbil, Basra and Baghdad and also the Turkish city of Istanbul has been taken into consideration, he said, adding that the ministry’s trade office is already active in Turkish capital Ankara.

Increasing economic cooperation with Oman, Iraq and Lebanon is a gateway for entering into the lucrative Arab markets, Rahmani noted.

Export promotion, domestic production and activation of mines and mineral industries are among the programs taken by the ministry of industry in the current year (started March 21, 2019).

Given its free trade with 27 countries in the world, Oman can play a leading role in increasing export of Iranian products to 15 neighboring states, the minister added.