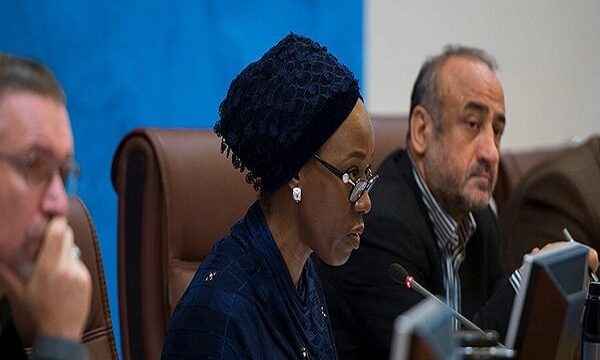 MNA – The United Nations (UN) has created a specific banking payment channel for Iran to receive cash aids for its flood-stricken areas, the UN Resident Coordinator and UNDP Resident Representative in Iran Ugochi Daniels announced in a news conference on Monday.

As she added, UN aids also include various goods that have been sent to the country via air freights.

The UN official re-announced the international body’s protection for JCPOA adding that US-led sanctions against Iran are not fair.

On April 5, members of the UN office in Tehran met with senior Iranian government officials, coordinating further rescue measures to the flood-hit people across the country. The sides also conferred on the plans to step up the rescue operations and explored the ways to facilitate the delivery of UN-backed aids for the victims of the devastating water torrents.

In her tweet, Daniels noted that during the meeting, the two sides discussed the concrete humanitarian actions so far taken by the UN and its affiliated bodies regarding the victims of massive flash floods in Iran.