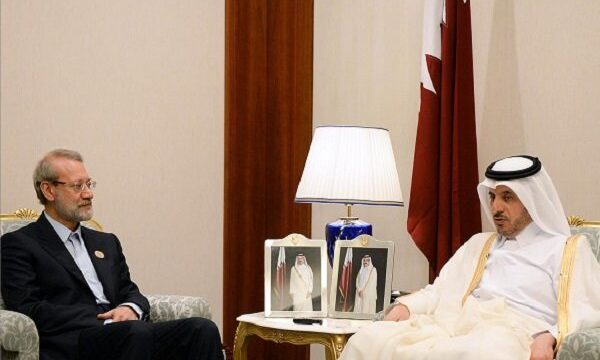 He made the remarks Sunday in a meeting with Qatari Prime Minister Abdullah bin Nasser bin Khalifa Al Thani on the sidelines of 140th Ordinary General Assembly of the IPU in Doha.

Iran and Qatar have strategic relations with each other and bilateral ties should be cemented in all fields, Larijani added.

The Qatari PM, for his part, appreciated Iran’s support in recent years while highlighting the need to boost cooperation in all fields.

Larijani had a busy schedule on Sunday as he also held separate meetings with a host of his counterparts from different countries.