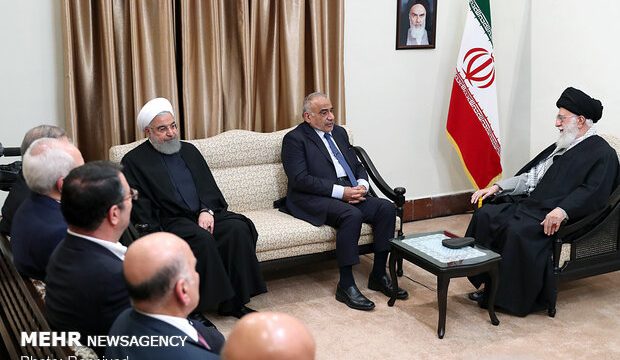 RT – The Supreme Leader of Iran has urged the Iraqi PM to expel US “occupational forces,” as Washington keeps seeking excuses to hold ground there after a presence of 16 devastating years and hundreds of thousands of lives lost.

“America’s objective in Iraq is beyond sheer military presence… they are after long-term presence and interests and establishing a government like the military governments that were formed following the occupation of Iraq,” Ayatollah Khamenei told Iraqi Prime Minister Adel Abdul-Mahdi in Tehran. “The Iraqi government should do something [to ensure] that American military troops will leave Iraq as soon as possible.”

While Iraqi lawmakers are reportedly discussing a bill that would call for the full withdrawal of American soldiers, Washington refuses to leave the country, claiming that without its presence the Islamic State (IS, formerly ISIS/ISIL) terrorist group would inevitably reemerge – and that Iraq is a crucial US asset for ‘monitoring’ Iran.

Ayatollah Khamenei warned the Iraqi PM to watch out for Washington’s true aims. “The US and Saudi rhetoric about Iraq are different from their real intentions,” he said.

“They funneled money, weapons and equipment to Daesh [IS] at a time that [the terrorists] had occupied Mosul and, now that Iraq has overcome Daesh, they are speaking friendly words,” the Iranian leader claimed.

With the rise of IS, the US redeployed its forces to Iraq, after it ‘almost’ withdrew troops in 2011. For now Washington intends to keep roughly 5,200 service personnel in Iraq indefinitely, as long as the threats of terrorism and, of course, of Iran remain.