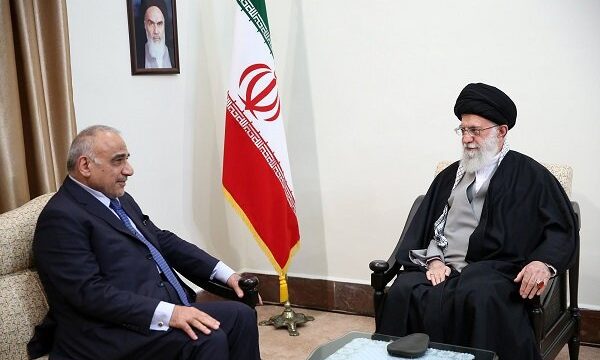 The story published by the website on its Farsi page is seen an attempt to understate the importance and achievements of the meeting.

“You must make sure that the Americans withdraw their troops from Iraq as soon as possible because expelling them has become difficult whenever they have had a long military presence in a country,” the Iranian Leader was quoted as saying by the Iranian media.

This is while the Saudi media in a fake news claimed that in response to Iranian Leader’s demand, Abdul-Mahdi had said that Iraq’s policy is to have cooperation with ‘all’ world countries.

However, the statement published by the Iraqi prime minister’s office has written that Abdul-Mahdi had ‘underscored the approach of the Iraqi government based on strengthening the participants and enhance opportunities for cooperation with all ‘neighboring’ countries.’

The statement added that he had stressed in the meeting that Iraq does ‘not have to enter the affiliations at the expense of any country and rejects this kind of policy.’

It further stressed that Iraq desires to establish relations serving all peoples of the region.

Al-Arabiya has published the distorted news despite the fact that Ayatollah Khamenei talked about ‘the American forces in Iraq’ and Iraqi prime minister’s remarks only focused on expanding ties with the regional countries, which has always been approved by Iran as well.

Abdul-Mahdi also said in the meeting that the relations between Tehran and Baghdad are special and that his country will never join the US’ anti-Iranian sanctions.

Heading an eco-political delegation, the Iraqi prime minister arrived in Tehran on Saturday to meet with Iranian officials.