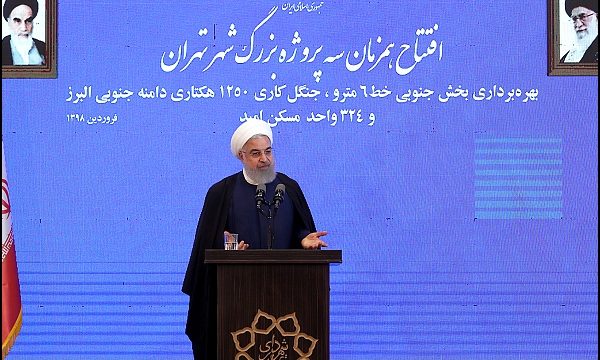 IRNA – President Hassan Rouhani inaugurated a project that added 1,250 hectares to the green belt of Tehran in north, northwest and east of the city on Sunday.

The project of green belt of Tehran which started in 1986 has covered 41,500 hectares of land so far.

According to the municipal officials of the city, irrigation of parts of the green belt of Tehran is done using purified sewage water of the city and in the near future, the same method will be used for all of the forests.

Civil and environment observers believe that the green belt, especially once completed, will have a big effect on the capital.

When construction of this line is completed, Tehran will have the longest metro line in the Middle East.