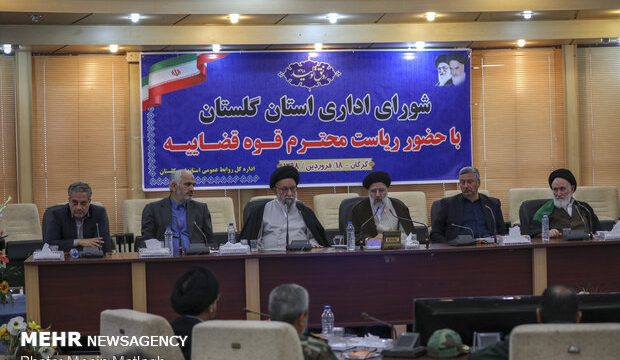 Judiciary to use all legal means in dealing with wrongdoers in flood-hit areas: Raeisi

MNA – On a visit to flood-affected regions in Golestan province, Iranian Judiciary Chief Seyyed Ebrahim Raeisi said Sun. that all legal means will be used to confront any wrongdoing in the flood-hit provinces.

Addressing the judiciary officials in northern province of Golestan, which recently was seriously hit by severe floods last week, Judiciary Chief Ebrahim Raeisi said that attracting people’s confidence in the judicial officials matters too much to the judicial system of the country no matter they serve in small or big cities.

He said the country’s laws clearly stipulate preventive measures to avoid incidents such as floods, including taking measures to dredge rivers, and therefore the judicial system is authorized to use all its legal means in dealing with any wrongdoers suspected of negligence and failures.