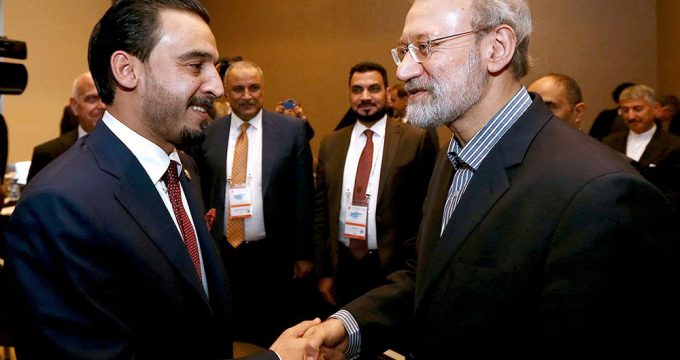 MNA – Iranian Parliament Speaker Ali Larijani and his Iraqi counterpart Mohammad al-Halbousi met and held talks late on Saturday on the sidelines of 140th Assembly of Inter-Parliamentary Union in Qatar.

The two sides emphasized on broadening and enhancing bilateral cooperation in relevant field.

He pointed to the joint commonalities between Iran and Iraq and said, “Iran attaches great importance to its relationship with Iraqi government.”

For his part, Speaker of the Iraqi Parliament Mohammad al-Halbousi referred to the recent visit of President Rouhani to Iraq and said, “we intend to hold an assembly in the very near future in the presence of parliament speakers of neighboring countries, so that participation of Islamic Republic of Iran is this assembly is very significant that can lead to the development of regional and international cooperation.”