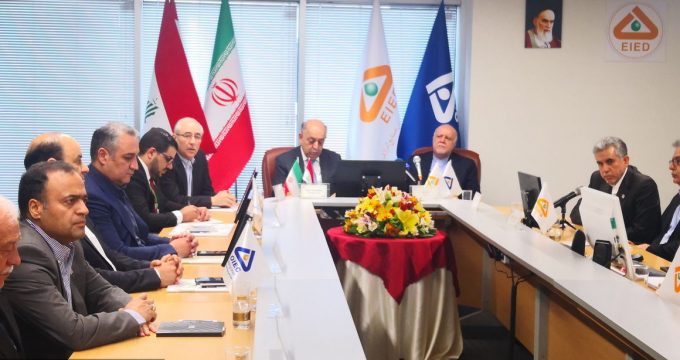 Speaking on Sunday, on during a visit to the Energy Industries Engineering and Design (EIED, an affiliate to the Oil Industries’ Engineering and Construction (OIEC)), the official said: “There are massive potentialities for expanding Iran-Iraq cooperation in oil, gas, refining and petrochemicals grounds, and Iran is ready to offer itself capabilities to the Iraqi oil industry.”

He added that Thamer al-Ghadhban, Iraqi minister of oil, during a visit to EIED, learned about the capacities of the company, and it was decided that a joint partnership be established between OIEC and a similar company in Iraq in order to develop joint capacity utilization.”

The official further said that Iran had a lot of potentialities in the oil, gas, refining and petrochemicals sectors, adding: “Given the lack of development in the petrochemicals and gas industries in Iraq, there is a bright perspective for cooperation between the two countries.”

He also said that Iran’s gas dues from Iraq stood at a billion dollars already.

Iran the only exporter of natural gas to neighboring Iraq, both members of the Organization of the Petroleum Exporting Countries (OPEC).