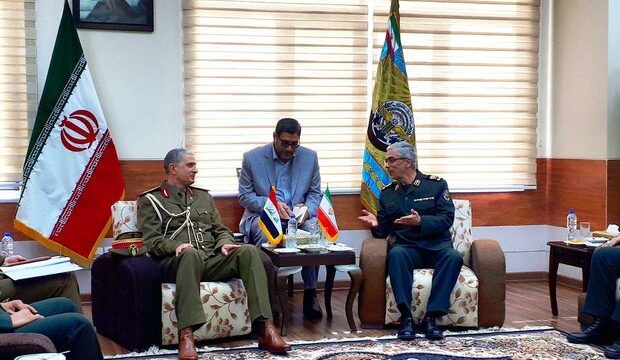 Press TV – Iran’s top military commander says the country and its neighbor Iraq have agreed to cooperate in the area of air defense to fend off the challenges facing their respective air spaces.

Chairman of the Chiefs of Staff of the Iranian Armed Forces Major General Mohammad Baqeri made the announcement to reporters following a meeting in Tehran with his visiting Iraqi counterpart, Lieutenant General Othman al-Ghanimi, Tasnim News Agency reported on Sunday.

The cooperation, Baqeri said, will be aimed at confronting aerial threats.

The meeting addressed “the integrated defense of Iran and Iraq’s skies, because we might sense threats coming from the direction of [our] western borders,” he added.

“Accordingly, it was agreed that the countries’ air defense sectors work together and more coordination be made in this regard,” the Iranian commander said.

Baqeri said the two sides also agreed on potential training cooperation, the transferring of Iran’s defensive experiences to Iraq, and joint military exercises. Agreements on these, he added, will be finalized during a future visit by the Iraqi military chief.

Ghanimi was in the Iranian capital as part of a delegation accompanying Iraqi Prime Minister Adel Abdul-Mahdi. On Saturday, the delegation met with Leader of the Islamic Revolution Ayatollah Seyyed Ali Khamenei and President Hassan Rouhani.

Baqeri cited the Iraqi commander as saying that Baghdad would be exercising stricter control on the United States’ military presence on its soil.

The American forces are only there to train Iraqis and their activities are under the Iraqi Army’s oversight, Baqeri added, citing al-Ghanimi.

In his meeting with Ghanimi, Ayatollah Khamenei had stressed that the Iraqi government should make sure that US forces leave Iraq as soon as possible.