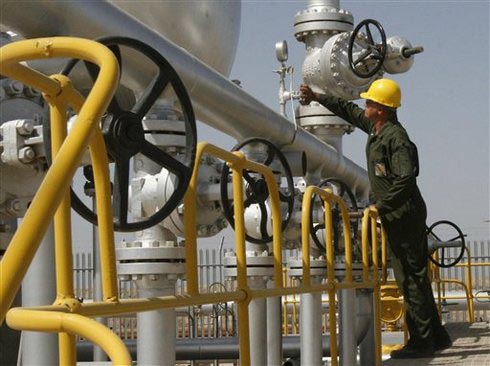 Head of Iran’s Petroleum Engineering and Development Company Turaj Dehqani said on Saturday that historic flash floods that inundated parts oil-rich province of Khuzestan in southwest of the country over the past days had not caused the crude production in joint fields with Iraq, located to the west of the Karun River, to stop or slow down.

“Areas to the West of Karun have always been exposed to flooding, however, despite these difficult conditions, the oil development activities have continued unabated,” Dehqani told the official IRNA agency, adding that flash floods had caused some minor problems to current operations in the joint fields.

Heavy floods, described by authorities as unprecedented in the past 70 years, have affected around two thirds of Iran’s 31 provinces with areas in northeast, west and southwest of the country suffering the worst. Nearly 70 people have been killed since the heavy downpours began to hit Iran on March 19.

All the five oil fields shared between Iran and Iraq are located near the Hawizeh Marshes which straddles the border between the two countries and is known to the locals as Hurolazim.

Dehqani also rejected reports that authorities had decided to divert the flood waters from the Hurolazim in order to protect the oil installations in the area. He said all environmental standards have been observed during years of development of the joint oil fields.

Dehqani said Iran’s oil production from joint fields with Iraq had reached some 350,000 barrels per day, generating some USD 10 billion for the country.