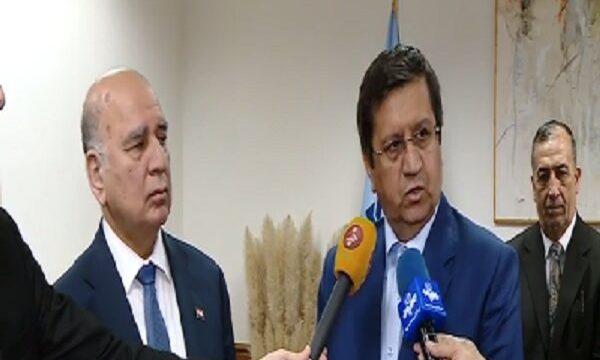 Banking relations with Iraq to get facilitated: CBI gov.

MNA – Governor of the Central Bank of Iran (CBI) announced on Sunday that Iran-Iraq banking relations will be eased to lubricate transactions between the two countries’ businessmen.

Making the remarks on the sidelines of his meeting with the Iraqi Finance Minister Fuad Mohammed Hussein in Tehran, Abdolnaser Hemmati said that regarding the ever increasing trade transactions between the two sides and Iran’s exports of gas and oil to Iraq besides Iranian private sector’s exports to the country, the exports volume from Iran to Iraq has increased recently up to $12 billion per year.

There are some banking difficulties about which negotiations were made with the Iraqi minister today and as accorded, to ease Iranian tradesmen’s activities in Iraq the impediments will be removed soon, CBI governor said.

“Our transactions with Iraq are done using our national currencies,” he said, “The major part of our earned financial resources are in dinar.”

“Iraq has paid one billion of its arrears to CBI,” he added.