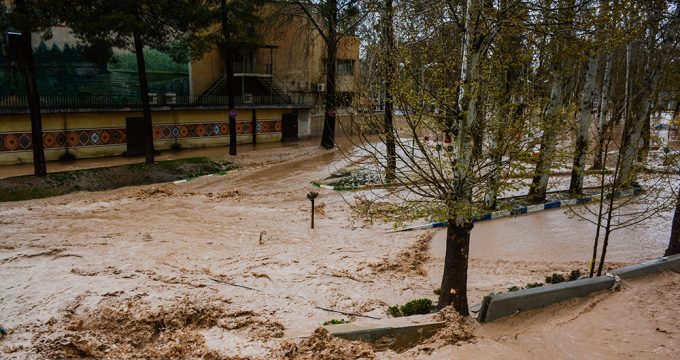 ‘Due to the illegal and unjust US sanctions, in violation of UNSC 2231, international efforts to assist Iran have been seriously hampered and there has not been even a trickle of assistance from the UN relief agencies, some of whom have cited the US sanctions,’ Kaveh L. Afrasiabi said in his letter to UN Secretary General António Guterres.

The disaster coincided with the high season of Iranian trips as they were spending the national two-week holidays of the New Year, Nowruz.

US act to create road block on sending humanitarian assistance to Iranians have so far been criticized by Iranian Foreign Ministry spokesman Bahran Qasemi, Foreign Minister Mohammad Javad Zarif and President of the International Committee of the Red Cross (ICRC) Peter Maurer.

In the letter, Afrasiabi introduced himself as ‘a concerned Iranian-American citizen who is an expert on Iran’s foreign affairs as well as UN reform,’ and said ‘I write this letter to express my profound disappointment at the inexcusable inaction of UN agencies with respect to the humanitarian disaster afflicting Iran in the form of extensive flooding covering most of Iran’s territory.’

He further said that ‘as a result of this on-going natural disaster overwhelming Iran’s public resources, millions of lives have been adversely affected, hundreds of thousands displaced, and tens of thousands are in dire need of immediate assistance.’

The expert went on to stress that ‘Due to the illegal and unjust US sanctions, in violation of UNSC 2231, international efforts to assist Iran have been seriously hampered and there has not been even a trickle of assistance from the UN relief agencies, some of whom have cited the US sanctions.

This represents a great disservice to UN norms and humanitarian principles, to allow a predatory Western superpower that feeds on the misery of Iranian people to bask in the tragedy gripping Iran nowadays.’

‘I implore you to prioritize this matter and to instruct the relevant agencies to begin the much-needed assistance to the Iranian people, particularly those in hard-to-reach areas who need basic necessities such as tent, blankets, food, water, and medical assistance,’ he added.

The UN’s failure to heed its responsibility and to demonstrate unbiased care for the Iranian people will certainly mar the Organization’s image and global credibility, he stressed.