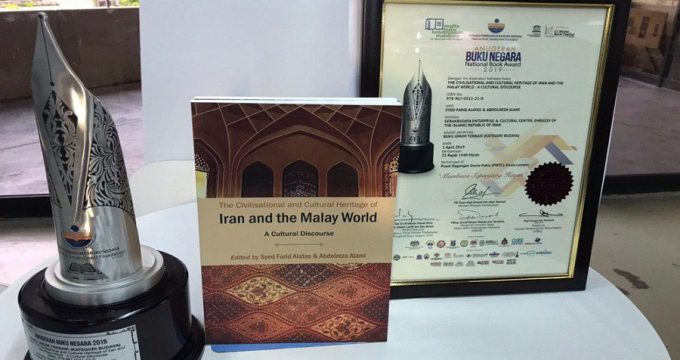 The thirteenth Malaysian Book Fair was ended with the introduction of the book ‘The Cultural and Civilization Heritage of Iran and the Malay World; A Cultural Discourse’ and granting the Malaysian National Book Award for this book jointly edited by an Iranian researcher resided in Malaysia and a professor at the National University of Singapore.

According to IRNA, the book is a joint edition of Dr. Abdolreza Alemi, an Iranian researcher in Malaysia and Professor Farid al-Attas, a professor at the Singapore National University which at the thirteenth Malaysian International Book Fair was granted Malaysian National Book Award.

The book, sponsored by Iran’s cultural attaché office in Malaysia, was published by Malaysian Publishing Corporation Gerakbudaya Enterprise in December 2018, which won the Malaysian National Book Award as the selected book in Cultural Section of the Thirteenth Malaysian International Exhibition.