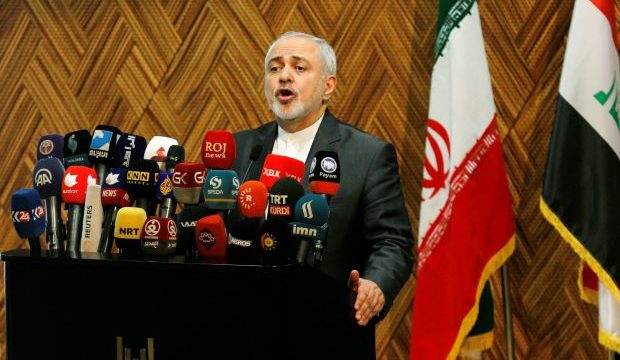 Zarif: Iranians to prevail over natural disasters with unity, empathy

IRNA – Iranian Foreign Minister in a statement said Iranians will soon overcome the impact of natural disasters by their unity and coordinated efforts with their government and other bodies.

Zarif’s statement came in reaction to recent claims made by US Secretary of State Mike Pompeo as regards giving aids to the Iranian flood-stricken people.

‘FAKE NEWS: @SecPompeo claim that US ‘ready to assist @ifrc, which would direct money through Iranian Red Crescent for relief,’ Zarif tweeted on Tuesday night in a related message.

‘REAL NEWS: As @ICRC President noted, Iranian Red Crescent can’t receive any funds due to illegal US sanctions. US should own up to its ECONOMIC TERRORISM,’ he noted.

The disaster coincided with the high season of Iranian trips as they were spending the national two-week holidays of Nowruz.

The full text of Zarif statement is as follows:

“Secretary Pompeo and other U.S. officials—who have with their economic terrorism endeavored to target each and every Iranian, and even tried to obstruct efforts by expatriate Iranians to make donations to the accounts of the Iranian Red Crescent—are well-advised to address the calamities of disaster-struck Americans who have been suffering from natural disasters for months, instead of trying to take abnormal and politically-driven advantage of the suffering of human beings afflicted by natural disasters.”

“It seems that the U.S. Secretary of State is unaware of the mismanagement of natural disasters in the U.S. over the past two years, and hence opines—in an unprofessional, interventionist and demagogic manner—on Iran’s management of the horrific and unprecedented floods which simultaneously afflicted 24 provinces.’

Apparently Mr. Pompeo has forgotten that the US federal government itself has shown to be incapable of providing sufficient relief in many regions affected by natural disasters, which have claimed the lives of thousands of Americans, cut off electricity and other services in affected areas for days and even weeks, and forced hundreds of thousands to flee their homes.

Indeed, the people of Puerto Rico, as well as the victims of Hurricanes Harvey, Michael and Florence, have after months not even been able to have their lives return to a shadow of normalcy. More than a decade after Hurricane Katrina showed the utter unpreparedness of the US government to deal with a natural disaster, it would behoove US authorities to provide for their own citizens—including the thousands who are still grappling with the impact and repercussion of natural disasters.

Secretary Pompeo should not forget that he represents the same US regime which has sacrificed the interests of the American people—of whom 43 million, per official data, live below the poverty line, 100 million live in destitution, and 500,000 remain homeless—to pursue foreign adventures; he represents an outlaw regime which has senselessly wasted the lives of thousands of American soldiers and trillions of dollars of taxpayers’ money, wreaking destruction and bloodshed in the killing of innocent men, women and children thousands of kilometers away from US shores, only in service of the illegitimate interests of Israeli aggressors.

‘These massive human and financial resources could have instead improved the economic and political security of the American people and helped save our endangered environment and eradicate global poverty.”

“The great people of Iran will, with unity, empathy and with their coordinated efforts alongside their government, armed forces, and all public, non-governmental and private organizations, and with the help of God, soon not only prevail over the impact of the recent natural disaster—building a better future using lessons learned to avoid repetition of catastrophes that have hit the lives and livelihoods of our cherished citizens—but also overcome the illegal sanctions and vanquish the economic terrorism of the United States, all while registering the malign US behavior in their collective historical memory.”