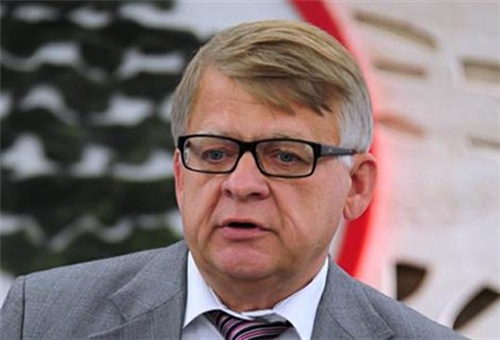 IRNA – Russian ambassador to Lebanon emphasized that the solidarity between Iran and Russia will increase in Syria in peaceful era.

Addressing a meeting with students and professors of Lebanese American University, Alexander Zasypkin said Russia has always confirmed Iran’s role in the region, adding that it was true before incidents in Syria.

He added that extended scope of cooperation is available for Iran and Russia in Syria, but some parties tend to create doubt and hesitation in this regard.

Elaborating on other international and regional developments, Zasypkin said each measure that we take is in fact a reaction to US and West acts.

Expressing hope over cooperation between Iran and Russian especially regarding Syria, he said some are after creating rift between Iran, Russia and the Axis of Resistance.

Elsewhere in his remarks, Russian envoy highlighted the role of the US, West and NATO as initiator of incidents in Yugoslavia, Libya and Iraq.

US officials namely Barack Obama and Donald Trump have been seeking to maintain their combative policies, Zasypkin said, adding that they believe that Russian President Vladimir Putin is after establishing Russian empire.

Describing the differences between Lebanon and Israel regarding borders as an internal issue for Lebanon, he stressed Russia’s opposition against normalization of relations with Israel.

Referring to the painful conditions in Yemen, Zasypkin said Russia has always been after political attempts to address the issue.