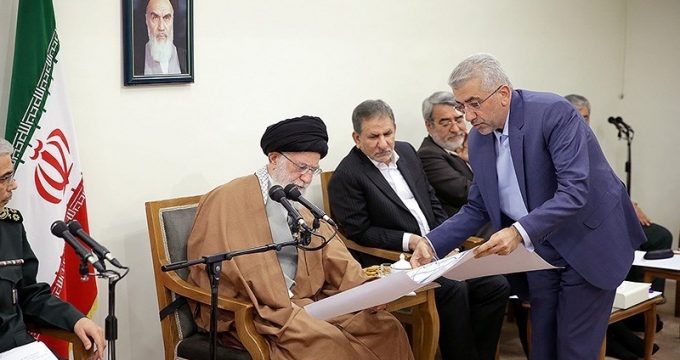 MNA –In a special urgent meeting with responsible officials on Tuesday evening, Leader of Islamic Revolution Ayatollah Seyed Ali Khamenei asked officials to continue all necessary taken measures seriously until all problems of the people in the flood-hit areas of the country are tackled.

In the meeting First Vice President, some of cabinet ministers, Chief of General Staff of Iranian Armed Forces, Chief Commanders of IRGC and Army, Air Force and Sea Force commanders of Army and IRGC, Police Chief, Basij Commander and heads of all responsible relief and rescue organizations presented their reports on the latest measures taken in the flood-hit areas of the country to aid the people.

Referring to the good cooperation among many different sections of the government, military forces and responsible organizations , the Leader hailed their taken measures and stressed on the continuation of the measures seriously.

Touching upon the importance of preventive acts, Ayatollah Khamenei noted, ” In addition to all these points, there is a more important issue which is to prevent damages. Preventive measures had to be anticipated to avoid damages.”

He also went on to say, ” Psychological harms of incidents such as flood are long lasting, therefore necessary plans should be taken into consideration to minimize mental and psychological effects and harms of such incidents.”

Calling “dredging of rivers”, “dredging of dams”, “preserving riparian zones”, “watershed” and “preserving pastures and forests” as the most important issues the Leader said, ” Recent incident should be utilized as a good lesson for future plannings and anticipations in the field of road, railway and dam construction.”