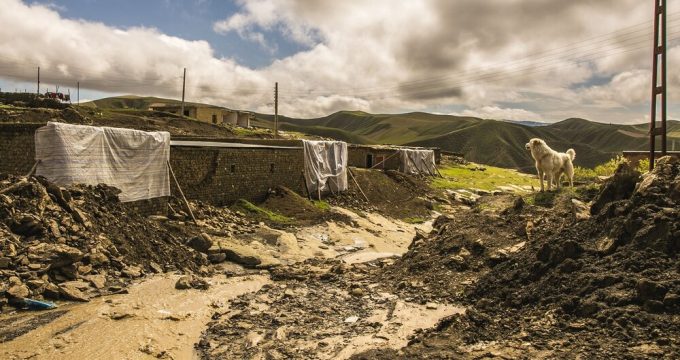 Tasnim – While several cities and villages in western Iran are grappling with serious flooding, an earthquake measuring 5.2 on the Richter scale struck an area on the border of provinces of Ilam and Kermanshah on Monday.

The earthquake occurred in Soomar region in the Ilam Province at 2:34 pm local time.

Several aftershocks have rattled the area, the strongest of which was measured 4.6 on the Richter scale.

Emergency medical service and Red Crescent Society officials say they have not received any fatality report after the temblor.

A spokesman for the emergency medical service said the quake has fortunately occurred in low-populated areas.

The quake struck western Iran while record rainfall continued to batter the region on Monday, caused serious flooding and forced thousands to leave their homes.

Thousands of people have been urged to leave their homes in the province of Lorestan as a state of emergency has been declared in several cities.

Flood has also damaged the optical fiber cables in the province of Ilam, disconnecting the province’s telecommunications network. Later authorities announced that the network has been restored.

Heavy rainfall over the past days has caused the rivers in western and southwestern Iran to overflow their banks.

The floods, caused by torrential rain, have affected at least 25 of Iran’s 31 provinces in recent days, with Golestan in the north, Fars in the south, and Lorestan in the west hit the hardest.

More than two dozen people have been killed as a result of the flooding countrywide. The southern city of Shiraz, the capital of Fars province, with 19 deaths that occurred during last wekk’s floods accounts for the highest number of casualties.