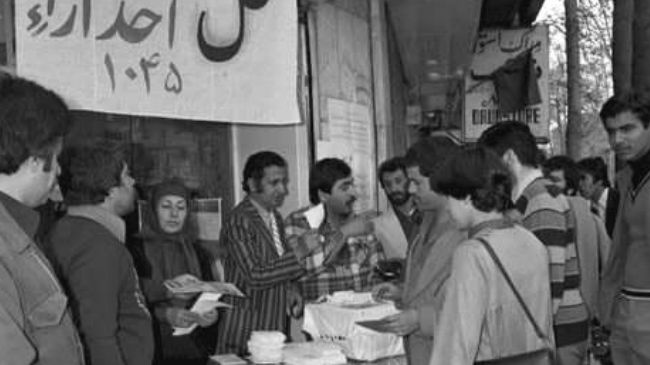 Press TV – Iran has marked the 40th anniversary of the historic referendum in which Iranians overwhelmingly voted for the establishment of an Islamic Republic following the overthrow of the monarchy of the US-backed Pahlavi regime.

In a landmark two-day referendum held on March 30-31, 1979, more than 98.2 percent of eligible Iranians voted “yes” to the establishment of an Islamic Republic in the country.

The vote, which was held less than two months after the victory of the Islamic Revolution, is considered a turning point in the modern history of Iran.

Since then, the nation annually celebrates Farvardin 12 (April 1) on the Iranian calendar as the Islamic Republic Day.

The Islamic Revolution, led by late Imam Khomeini, culminated in the overthrow of Mohammad Reza Pahlavi and put an end to 2,500 years of monarchic rule in Iran.

Addressing the ceremony at Imam Khomeini’s Mausoleum in southern Tehran on Monday, Iranian Intelligence Minister Mahmoud Alavi said the late Founder of the Islamic Republic Imam Khomeini proposed a referendum despite his huge spiritual influence among the Iranian masses in order to give popular legitimacy to the Islamic establishment.

He added that the referendum is a sign of the Islamic establishment’s respect for law and people’s votes.

On the referendum day, the Iranian nation called for the establishment of a system based on Islamic values and independent of world powers, the intelligence minister added.

Alavi emphasized that the late Imam Khomeini never resorted to big powers in order to achieve victory over the monarchical regime and always emphasized people’s role in this regard.