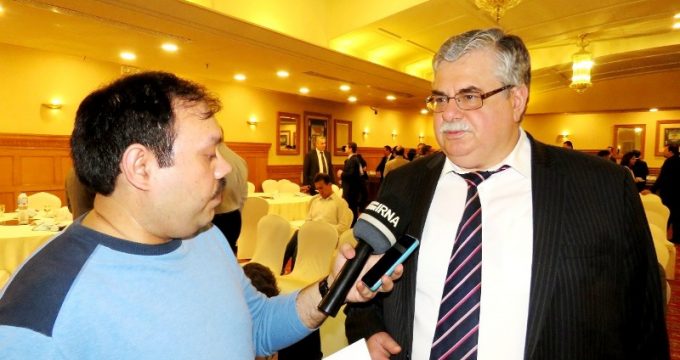 Alexey Yurevish Dedov in an interview with IRNA said from Russian point of view the most important platform for cooperation against terrorism is Shanghai Cooperation Organization (SCO) in which Russia, China and Pakistan are members while Iran is observer.

“Of course we strongly wish Iran also would become a member of SCO,” he said.

The diplomat said that terrorism is a universal threat and it is established fact that no country can cope with terrorism alone by its own forces.

“Only concerted efforts are needed to eradicate international terrorism that is why cooperation in any format against terrorism is wealthy,” noted the ambassador.

Alexey Yurevish Dedov added ‘of course we are worried by the fact that the process of relocation of Daesh fighters from Syria and Iraq not to only to Afghanistan but other regions of the world can be dangerous.’

“I fully agree with the statement of Russian special representative to Afghanistan Zamir Kabulov that the U.S. is allowing Daesh terrorists to relocate in Afghanistan,” he said.
The envoy expressing his views said this poses a threat not only to Afghanistan but the regional as a whole.

****Iran-Russia ties
Alexey Yurevish Dedov talking about Iran-Russia relations said that cooperation between the two countries has been improving.

“I was minister council of Russia in Iran ten years ago and to my knowledge cooperation between Iran and Russia has considerably grown as exchange of various delegations at
various levels has intensified,” said the diplomat.

He added that trade between Iran and Russia is growing and ‘we are more closely cooperating in international arena in helping the system to settle to defuse certain problematic issues.’

“We are cooperating on the situation in Syria assisting the legal government of the country to fight against terrorism, but this is only one direction of Iranian-Russian cooperation,” the diplomat stated.