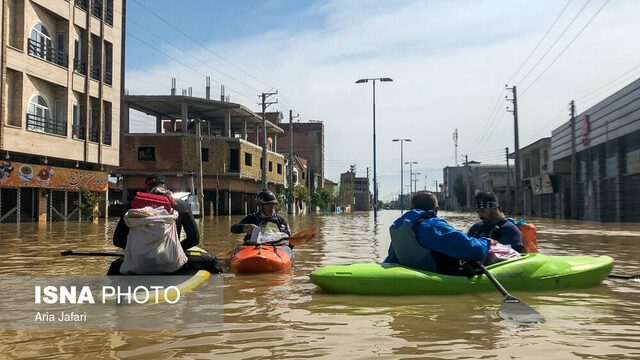 Al Monitor – As dramatic videos of deadly floods leaving behind destroyed vehicles and other damage circulate on Iranian social media networks, ordinary Iranians are doing what they can to help the affected citizens, including travelers whose Nowruz holidays have been unexpectedly disrupted.

A 10-minute flash flood in the city of Shiraz, perhaps the most popular tourist destination in the country’s south, killed at least 18 and injured scores more on March 25. Many of the victims are said to have been visitors. Now, locals in the birthplace of classical Iranian literature are inviting panicked holidaymakers to their homes, offering unconditional stay and food. “All services will be offered for free until the harsh weather dies down,” one placard held by a volunteer in Shiraz read. Some even offer free body repairs for cars damaged in the downpours. Several local hotels and restaurants have joined the spontaneous campaign, dubbed “My Guest.”

Similar public initiatives are underway to deliver badly needed assistance to those hardest hit in the northern provinces of Golestan and Mazandaran. The aid is flowing in the form of cash donations as well as basic supplies collected from communities across Iran, including those still recovering from a devastating 2017 earthquake in the country’s west.