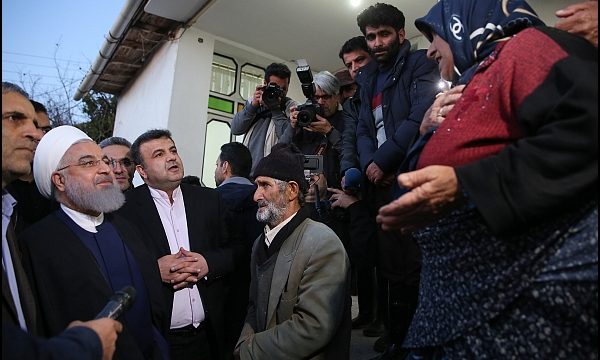 IRNA – Iranian President Hassan Rouhani arrived in the northern province of Mazandaran to oversee the relief operation in the flood-hit region.

Iranian president visited the northern province of Golestan at the morning before departing for the neighboring province of Mazandaran at the evening.

Unprecedented heavy rains have caused floods in various parts of Iran since March 19. The floods claimed the lives of at least 20 people and injured more.

A large number of people were displaced and a huge damage was inflicted on infrastructures.

Rouhani’s government has vowed to compensate for the damaged as soon as possible, and establish a committee to investigate the causes of floods.

A number of heads of states and foreign ambassadors have sympathized with the affected people and offered condolences to the Iranian officials.