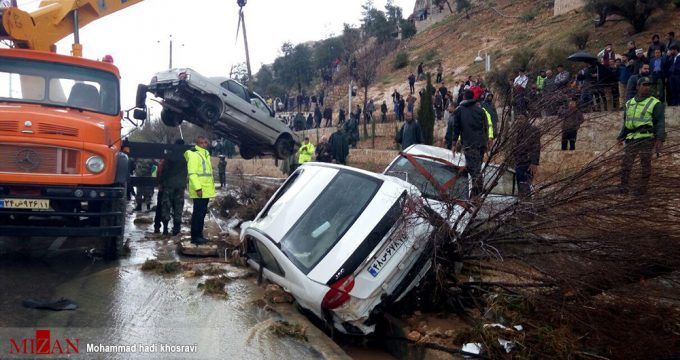 IRNA – UK’s embassy in Tehran expressed sympathy with the Iranians who lost their loved ones in flood.

‘Our thoughts are with #Iran during the continuing #floods. The loss of lives, homes and livelihoods, is devastating and we send our sincere condolences to all those affected,’ the British embassy posted on its Twitter account.

Unprecedented heavy rains in Iran have caused flash floods across Iran. The disastrous rains began on March 19 in the northern provinces, and went on in other parts of Iran, including south.

At least 21 people were killed, and tens others were injured. The flood also has destroyed roads, bridges and many urban infrastructures.

A number of other states, including Finland, Bulgaria, Turkey, Sweden and Belgium have sympathized with Iranian people and government and said they were ready to provide aids to the blood-hit areas.

The warnings on extreme weather and risk of floods, landslides and river-floods are still in place at least for next 48 hours.