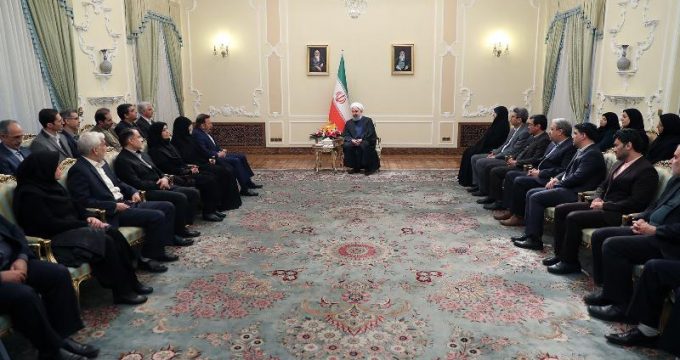 IRNA – President Hassan Rouhani in a meeting with cabinet ministers and executive officials on Tuesday urged officials to spare no effort to meet shortcomings and requirements of people in order to compensate damages incurred by devastating flood nationwide.

Such bitter incidents remind that all should pay due attention in designing and setting up the country’s infrastructures, President Rouhani said.

He also prayed for patience of those being hurt during the incident.

President Rouhani also praised timely presence and assistance of people in helping others under such sensitive circumstances.

President Rouhani also referred to the decision made by US president on annexing Golan Heights to usurper and colonial Zionists.

No one assumed that a guy in the US to take a unilateral decision running counter to international rules and regulations and annex part of a country to a usurper one, he said.

During the era of colonialism, some of the then colonial powers did the same job and annexed part of the country to another one but at this present civilization such a move is unprecedented, President Rouhani said.