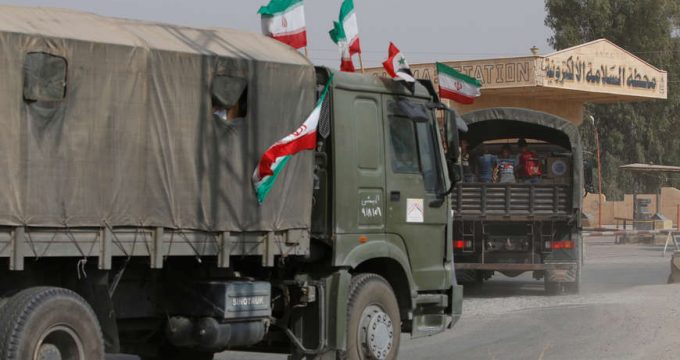 Al-Monitor | Seyed Hossein Mousavian: The top commander of the Islamic Revolutionary Guard Corps (IRGC), Maj. Gen. Mohammad Ali Jafari, earlier this week declared that Iran has trained 100,000 voluntary forces to share experiences and know-how with the Iraqi and Syrian militaries. In this vein, Jafari also asserted that Iran’s strategy in the region has been far more effective in containing the Islamic State’s (IS’) terrorism compared to that of the United States, which has spent a hefty amount for the same purpose.

The appreciation for these collaborative efforts was manifested in the recent official visit of Iran’s President Hassan Rouhani to Iraq, which attracted international attention. Rouhani arrived in Baghdad at the invitation of his Iraqi counterpart. The visit was publicly announced. His plane touched down in the capital in broad daylight, and high-ranking authorities warmly received him. During his three-day tour of the country, he met with virtually all top officials in Iraq — and also the highest religious authorities, including Grand Ayatollah Ali al-Sistani.

The trip stood in glaring contrast to that of US President Donald Trump, who at the end of December 2018 paid a secret visit to Iraq that involved landing at a US military base with plane lights turned off and with no Iraqi officials at hand to welcome him. The Iraqi president, prime minister and speaker of parliament all refused to meet with him.