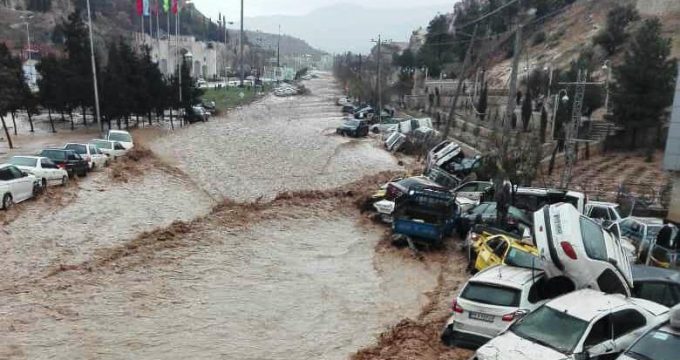 Army steps in to help flood-stricken people in Shiraz

IRNA – Army Forces have stepped in to provide aid to flood-hit people in central Iranian city of Shiraz, according to the Army commander in Fars and Kohkilouyeh and Boyerahmad provinces.

Brigadier-General Vajihollah Jamshidi told IRNA defensive correspondent on Monday that Army forces were dispatched to the flood-stricken areas immediately after the floods.

Heavy rainfall triggered flash floods in Shiraz on Monday morning which surprised the citizens and visitors in the major tourist destination in central Iran.

Some 17 people have lost their lives in the incident so far, with 74 others being injured, someof whom have received outpatient treatment, according to the caretaker of the Emergency Department of Iran, Pirhossein Kulivand.