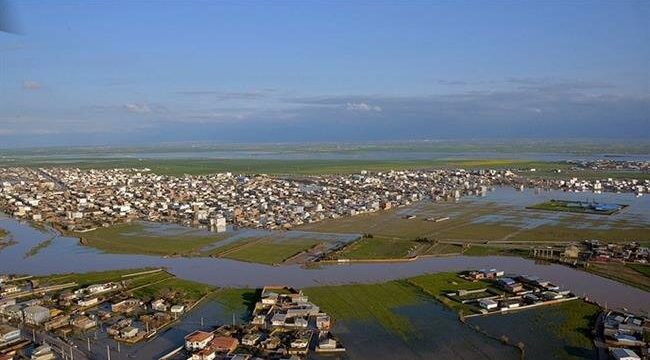 Press TV – Iran’s top military commander has ordered additional and coordinated efforts by the Iranian Armed Forces to help the residents in two provinces in the north of the country affected by severe flooding.

Major General Mohammad Baqeri, the chairman of the joint chiefs of staff of the Iranian Armed Forces, on Saturday issued instructions to commanders in the Islamic Revolution Guards Corps (IRGC), the Iranian Army, Police, and the Defense Ministry that forces under their command should continue “full and organized” assistance in flood-hit areas in a coordinated manner.

Heavy rainfall hit the two northern Iranian provinces of Mazandaran and Golestan on March 19-20. Rivers and other streams — abundant in northern Iran — overflew their banks as a result, in turn flooding cities, towns, villages, and farming communities. Two dams also overflew in Golestan.

Iranian military forces had already been deployed to help with rescue efforts. But Leader of the Islamic Revolution Ayatollah Seyyed Ali Khamenei earlier ordered Major General Baqeri to step up such assistance.

The Iranian military official appointed his deputy, Major General Ataollah Salehi, as the on-scene commander at the head of a group of high-ranking military chiefs to coordinate relief efforts between the Armed Forces and civilian organizations on the ground.

The natural disaster came just as people were celebrating the Persian New Year.

The Iranian government has mobilized to help victims in the flooded areas.

Jahangiri on Saturday dismissed the governor-general of Golestan Province, Seyyed Manaf Hashemi, following public outrage at his absence from work. He reportedly traveled abroad after the disaster hit. The Iranian first vice-president has replaced Hashemi with one of his deputies.

On the same day, Jahangiri headed a crisis management meeting held in the provincial capital of Gorgan, where he said the Iranian establishment would draw on all of its capabilities to help the victims of the flooding.

‘Floodwater being channeled out’

According to the head of Iran’s disaster mitigation agency, floodwaters are being channeled from affected areas into the Caspian Sea further north.

Ema’eel Najjar, the head of the National Disaster Management Organization of Iran, told Khabar Online on Saturday that channels have been dug out through roads to redirect floodwaters to the sea. According to Najjar, while that measure has worked more quickly to mitigate the crisis in Mazandaran, more time is needed in Golestan due to its larger distance from the sea.

High water has forced the evacuation of several small farm communities as farmlands have been swamped, according to local reports. Footage from the two provinces showed massive flows of water running over roads and streets, with cars being washed away, people struggling to walk, and traffic being disrupted.