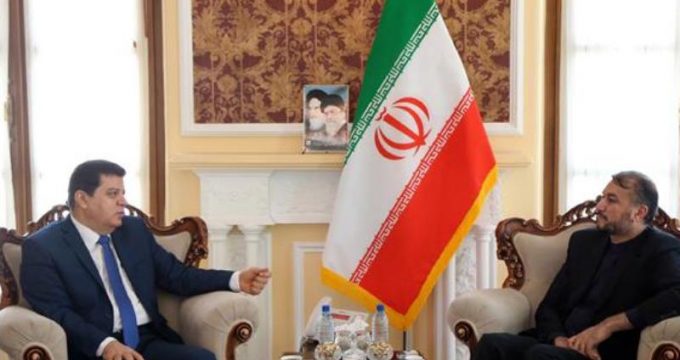 IRNA – Syrian ambassador to Tehran on Tuesday described relations with Iran as strategic, and urged deepening of economic cooperation between the two states.

He made the remarks in a meeting with Senior Advisor to the Speaker of the Iranian Parliament for International Affairs Hossein Amir-Abdollahian.

The envoy praised Iran’s constructive role in Syria, and called for the elevation of economic relations with Iran.

He called for the US withdrawal from Syria.

In the meantime, Amir-Abdollahian expressed Iran’s support for political solution to the Syria crisis.

The presence of terrorists and foreign troops in Syria is against regional security and stability, he added.

The official criticized the US interference in Syria and noted that Washington has adopted similar policy towards Venezuela.