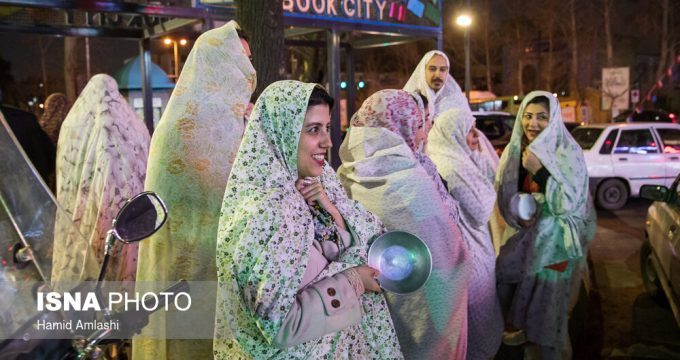 ISNA | Hamid Amlashi & Peyman Yazdani: Ghashogh-Zani (spoon beating) is a traditional custom during which people cover their body and run to the streets by the light of the bonfire to ask for treats. It has a Gilaki origin and is a part of the Charshanbeh-Suri festival, a special festival of fire traditionally held the last Wednesday before the Iranian New Year.