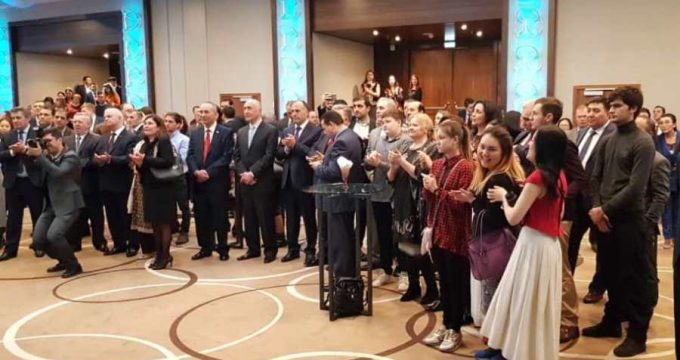 IRNA – Head of missions of nine countries gathered in the Belarusian capital to welcome the New Year according to the Iranian solar calendar, Norouz, along with their Iranian counterparts.

This is the first time that a such gathering is being held in Minsk, media department of Iran’s Embassy in Belarus reported on Tuesday.

The head of missions which attended the Norouz feast with cooperation of Iranian embassy in Minsk belonged to Azerbaijan, Uzbekistan, Kyrgyzstan, Kazakhstan, Turkmenistan, Tajikistan, Turkey and Russia as well as representatives of Commonwealth countries.

Norouz, as spelled in Persian, means the New Day and marks the beginning of spring according to the ancient Iranian solar calendar. Norouz is a global festival with Iranian roots which is annually celebrated in different world countries.

It is celebrated by more than 300 million people worldwide and is one of the oldest and most cherished festivity occasions observed for at least 3,000 years now.

People in Iran celebrate the turn of the year by chanting a special and famous prayer, asking God to change their minds and perceptions in the same way He revives the nature.