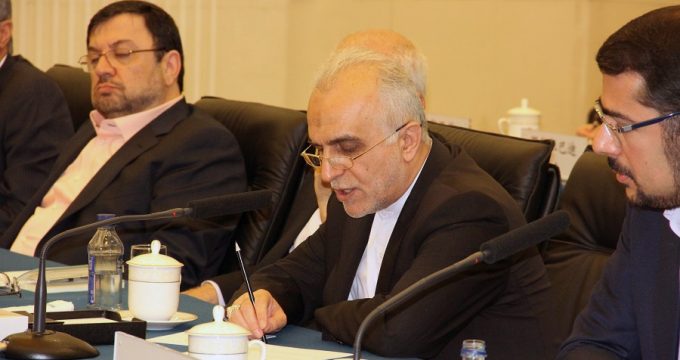 China to create special credit line for imports from Iran

IRNA – China is scheduled to create a special line of credit for exports of Iranian products to the country, according to Iran’s Minister of Economy Farhad Dejpasand.

Dejpasand, who has travelled to China to attend a joint economic commission meeting, made the remarks on Tuesday in an exclusive interview with the Islamic Republic News Agency (IRNA) correspondent in Beijing.

He said that during the commission meeting earlier in the day, the two sides explored different ways for promotion of trade and economic relations between Tehran and Beijing, including creating the mentioned line of credit by China.

The Chinese minister of commerce, who chaired the Chinese side, vowed to allocate facilities to Chinese tourists who are willing to visit Iran, Dejpasand said.

China sends around 100 million tourists to different parts of the world each year and if just two percent of them visit Iran, they can play a key role in fulfillment of Iran’s economic and social goals, the Iranian minister added.